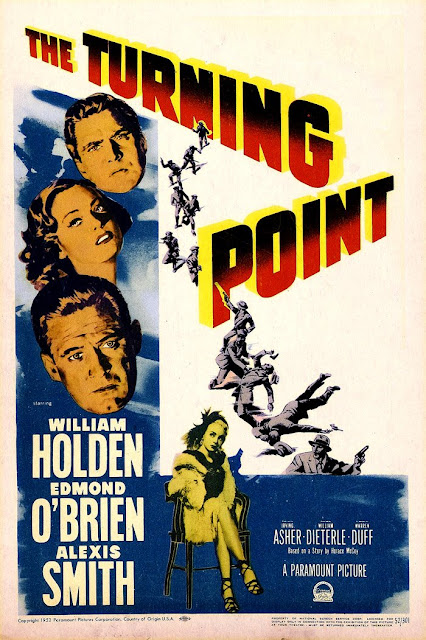 Released in the same year as Robert Wise’s The Captive City, William Dieterle’s The Turning Point covers similar territory: The corrosive effect of the rackets on the post-war American way of life. The film’s primary mission was to deglamorize the mobster, to teach audiences that although racketeers may seem like legitimate businessmen who do little more nefarious than booking a few bets, they are in fact monsters with utter contempt for human life if it stands in the way of their rackets or their freedom from prosecution. Edmund O’Brien plays a law professor enlisted by the governor to lead a commission charged with investigating organized crime in the state’s largest city, as per real-life Senator Estes Kefauver. Given seemingly the same freedom as Elliot Ness to form his own team of racket-busters, O’Brien’s John Conroy recruits his reporter friend Jerry McKibbon, played by a perfectly cynical William Holden; Mandy, Conroy’s sweetheart and girl Friday; and finally his detective father. The problem is that unbeknownst to the younger Conroy, the elder Conroy is crooked, and mixed up with the same syndicate he’s been appointed to take down. 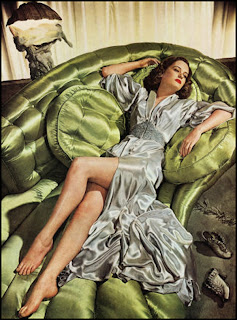 A few words about the girl are in order. Alexis Smith was never as well known as she deserved, and isn’t a household name today, if she ever was one — yet she was a good actress with a fine body of films to her credit. Her problem was that her rather contemporary style didn’t quite fit her era, and she probably would have been more bankable now than then. Nonetheless, she’s well cast here and delivers. Bookish, smart, wry, and a bit cool, she foils Holden’s natural cynicism — and while she clearly sees the world for what it is, her attraction to Conroy’s boyish idealism is entirely believable. It would have been difficult for another actress to play the part and not come off as either duplicitous or petty. It’s probably not fair to think of her as a femme fatale in The Turning Point, though someone prone to reaching might make the case. Her part in the film is essentially that of cheerleader to Conroy and conscience to McKibbon, and it’s after her prodding to do the right thing that he meets his ultimate end. She technically lures him to his doom, but her intentions were good. 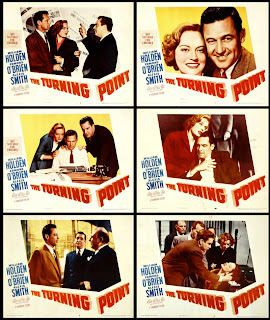 The Turning Point smacks cynical from the get-go. No one actually believes that naïve do-gooder Conroy will make any hay, boyhood pal McKibbon thinks he’s destined to bang his head against the wall — the rackets are too well organized, run too deep, and after all — everyone likes to put down a bet once in a while — where’s the harm? It appears that all but Conroy himself know he’s little more than a gubernatorial poster boy for the coming election. In order to reinforce the everyday nature of corruption, and the idea that the modern gangster doesn’t sport a zoot suit or a violin case, the cockroach in The Turning Point has the banal name of Neil Eichelberger. Ed Begley, in a crackerjack, Oscar-worthy performance, brings Eichelberger vividly to life. Begley vacillates between stern, kindly, suave, and manic. He plays the crook as an upstanding middle-aged businessman, almost grandfatherly, who considers his criminal enterprise in business terms: people are going to bet, people need loans, someone has to take the bets and loan the money, why not me? He’s savvy, sophisticated, and manages avoid the typical movie cliché of underestimating his opponent. In fact, he recognizes early on that Conroy is able to get to him, and in a pivotal moment he responds to his adversary’s legal resolve with an act of cold brutality that is hardly matched elsewhere in film noir. 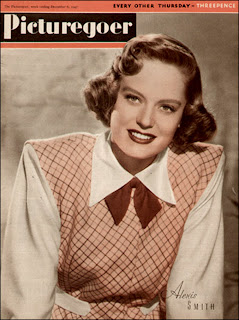 The important notion of the ease with which criminal forces can corrupt is represented by the elder Conroy (Tom Tully). Matt Conroy is basically good cop and decent man (after all, he raised one helluva son), who finally took the easy money after years of pounding the beat and seeing his family go without. In a lengthy monologue to McKibbon, he explains that he went crooked because a cop even has to “pay for his own bullets when he shoots a crook.” By the time he realized he was in over his head, it was too late to get out. The film’s best use of irony surfaces when Conroy is finally taken down by his own son, by the law school education his graft paid for all those years before. When he decides for his son’s sake to double-cross Eichelberger by copying incriminating files, he learns the extent of the mob’s influence — he’s ratted out by the lowly clerk at police headquarters. The scene in which he is killed is a gem. The syndicate boys contrive a grocery store heist just as Conroy passes by. He’s shot down by a hired gun just as he draws his service piece. The young thug is in turn silenced neat-as-you-please by two Eichelberger men concealed in the back of a truck and firing through a hole in a fruit crate. Taking place at street level in broad daylight, the scene has an elaborate, yet natural realism that’s heightened by the public nature of the action.


Another notable sequence is the televised Kefauver-style hearing that places Conroy and Eichelberger face to face. Clearly drawing inspiration from the real life hearings of 1950-1951, a Senatorial road show that visited a dozen cities and was viewed on television by an astonishing thirty million Americans, the actors and cameras bring to mind the real-life events of the source footage. O’Brien, shown in close profile, plays it tough, while Begley sweats, squirms, shrugs, and consults his attorney, hand covering the nearby microphone as flashbulbs explode in the background. It’s following the hearing that Eichelberger decides to get clear by destroying the books at the securities firm where he keeps all his proverbial dirty laundry. The problem is that Conroy is beginning to recognize the importance of Eichelberger’s connection to the brokerage, which is just a front for his loan sharking. Realizing that destroying the books themselves is tantamount to a confession, Eichelberger decides the best course of action will be to destroy the entire building. When his stooges remind him that dozens of families live in the floors over the firm, Eichelberger coolly points out the bright side: not even a jury would believe they’d kill all those people just to destroy the books. The fact that the crooks actually execute the plan is quite powerful, and meant to be so. It’s the sort of nefarious movie crime that we come to expect to be averted at the last moment — but it isn’t. In the aftermath, McKibbon and Conroy walk among the burning remains of the building in shock at the dead bodies strewn all around them. The effect is chilling, as the set up of Eichelberger’s character as a harmless businessman is revealed to be a sham. 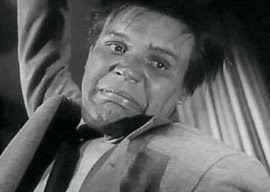 Feeling guilt over his father’s death and the murder of the families in the building explosion — and with his idealism crushed, Conroy decides to give up. He’s brought back to his senses by a pep talk from McKibbon, who despite his rampant cynicism insists his pal finish what he started. McKibbon is also able to deliver the goods in another way: the widow of the man who shot Conroy’s father has information that can put Eichelberger in the little green room, if only they can find her. With Conroy’s determination renewed, McKibbon gets a call arranging a meeting at the fights, where he’ll learn the whereabouts of the missing girl, now the most sought after informant in the city. It’s a trap of course, and Eichelberger’s gang has hired a killer, in the form of iconic film noir heavy Neville Brand, to do the job on McKibbon at the arena. He succeeds, in another expertly filmed sequence, just as the missing girl stumbles into Conroy’s headquarters on her own, sealing the fate of Eichelberger. Conroy fails to make it to the arena in time to save his friend, and the film closes as he and Amanda walk down the deserted corridor of the arena, McKibbon’s words hanging over them: “Sometimes, someone has to pay an exorbitant price to uphold the majesty of the law.”