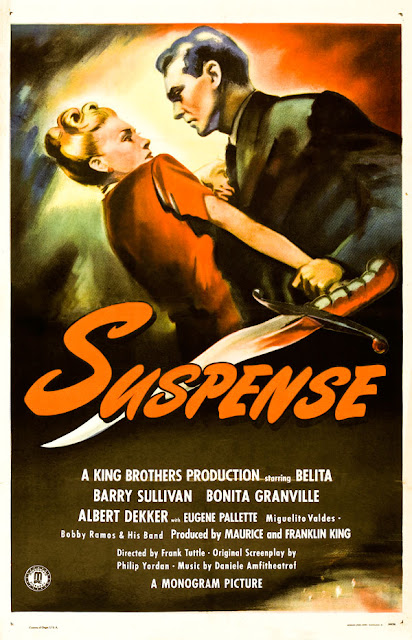 On the one hand, if you are going to call your movie Suspense, try to make sure you’ve got some. On the other, unless you can imagine someone walking up to the box office and asking for a pair of tickets to “Turgid Potboiler,” Suspense ain’t so bad.


There are about a dozen standard plots that account for at least half of the movies ever made. It might be fun to figure them all out at some point, but it’s enough to say that Suspense implements one of the doozies: Down-on-his-luck guy breezes into town and finds a chump job. Through some stroke of genius (or luck) he quickly becomes the boss’s right hand man. Guess what? The boss has a honey of a wife, and she and the new boy light a fire together. The boss feels the heat and all of a sudden he isn’t so chummy with his right hand anymore — and the dame is stuck in the middle. Something’s gotta give and someone’s gotta go — the hard way. Sound familiar? This story has been played out in films such as The Postman Always Rings Twice, Gilda, The Strip, and a million more stretching all the way back to Josef von Sternberg’s iconic Underworld. The trick to using such an old saw effectively is to sharpen it up somehow — in the case of Suspense screenwriter Phillip Yordan put the production on ice — literally. 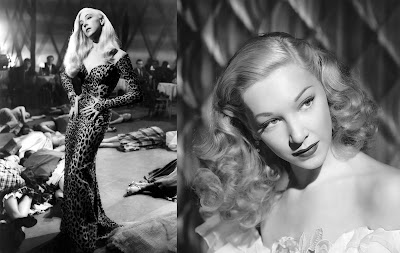 Maria Belita Jepson-Turner, known in film just by the exotic moniker Belita, was only twelve when she skated for Britain in the 1936 Berlin Olympics, finishing well back of Norwegian gold medalist Sonja Henie. With a face and figure to die for, Belita skated after Henie to California to make it in the picture business. While Henie landed at Fox and began appearing in frothy romantic comedies with Tyrone Power, Belita ended up at Monogram. The studio, one of the better B factories, was home of the Charlie Chan, Mr. Wong, The Shadow, Joe Palooka, and Cisco Kid franchises. Monogram had scored a huge hit in 1945 with Lawrence Tierney in Dillinger. (On a side note, the bosses at Monogram knew you just can’t beat a well-made gangster picture — following Suspense, they would reteam Belita, sans skates, with Barry Sullivan in The Gangster.) In an attempt to achieve big boy status for the studio, the Dillinger profits were pumped into Suspense, the only truly big-budget picture to bear the Monogram trademark. Both Suspense and The Gangster did fair box office, though not enough to elevate either Monogram’s status as a studio or Belita’s as a star. She made a picture a year in the forties, and appeared in a few more in the fifties, then retreated to life on the road as a professional figure skater.


Look, Suspense isn’t a very good picture, but nevertheless it is interesting. What makes it so is its absurdity. Postman’s banal roadhouse becomes a neon nightspot with an ice show in Suspense. Incandescent sweater girls like Lana Turner or Rita Hayworth had that magical something that allowed them command audiences while standing still. Not so with Belita —  she’s forced to skate about in sequined outfits and soar through hoops ringed with razor-sharp swords. In an effort to cash in on her talents, the movie is punctuated every fifteen minutes or so with an ice number, leaving contemporary viewers is perplexed — as in ‘Were there really night clubs with ice shows in the forties?’


In a sense the viability of the plot is beside the point, as the film was trumped up in order to cash in on the public’s new interest in skating, and grab some of Henie’s audience for Monogram. The movie is remembered today primarily as a film noir, but at the time of its theatrical run it was first and foremost an ice skating picture, and the skating sequences play with much more verve than the story.


Phillip Yordan’s screenplays in the mid-forties were derivative — he still had a way to go before penning The Big Combo. Yet with Yordan’s pulpy story and Frank Tuttle’s direction a film noir was inevitable. Tuttle doesn’t rise to the level of This Gun for Hire, but the fault lies in the screenplay rather than budget or talent. Yordan’s dialog doesn’t approach that of Graham Greene, and the screenplay borders on obnoxious — filled with contrivances that add at least 20 minutes of unnecessary prattle to the film. Worst of all, the darn thing doesn’t generate a lick of the promised suspense. 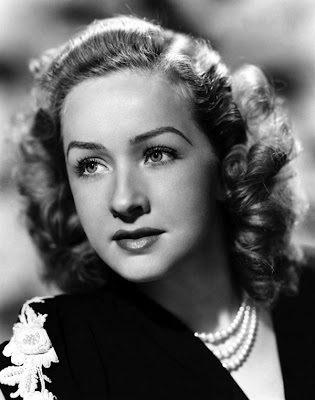 Still, the movie has its saving graces. Bonita Granville is one of them. The star of the late-thirties Nancy Drew franchise did a fair impersonation of Dick Powell and reinvented herself as a tough broad in the 1940s. In Suspense she plays the Barry Sullivan’s jilted lover from Chicago. She makes a delectable woman scorned and pumps a ton of life into Suspense — if only she could skate. Also of note is Eugene Pallette, appearing in his final film. Pallette was a fixture in classic movies, and one of those guys with an unfamiliar name but instantly recognizable face — and voice. Many will recognize him as Henry Fonda’s father in The Lady Eve. Here he plays the sort of character who serves as a bridge between the two male leads. He’s older, and consequently non-threatening to either man — a confidant to Albert Dekker’s man in charge and a mentor to Sullivan’s boy on the make. Pallette’s presence has the same affect of someone like William Bendix — the film feels a lot more comfortable with him in it.


Also of note is the cinematography. If I’m putting a beating on this film, noir purists will still want to see it for it for Karl Struss’s camera work. Suspense is really Struss’s only film noir, which is a shame. This is the guy who won the first Academy Award for shooting Sunrise, and went on to DP The Great Dictator and Limelight for Charlie Chaplin. Suspense has overwhelmingly dark look, more shadow than light, yet still seems bright and sharp because Struss’s use of high contrast.


In the end Suspense is a film that leaves you wanting: wanting a more original story and better dialog, wanting more Bonita Granville, and wanting more Karl Struss. But it doesn’t leave you wondering what’s gonna happen — you’ll figure that out in the first ten minutes.