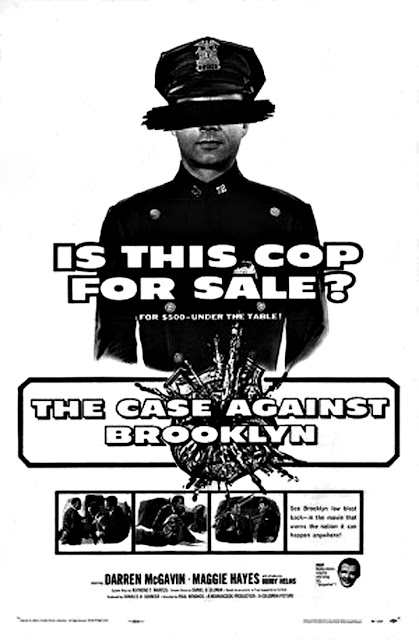 “Don’t you know what this is? This is a million bucks every week! They’ve got hundreds of runners, a whole city sewed up! Cops right up to the top, they can squash you like a bug…”

As America entered the Eisenhower era, Hollywood screenwriters began to challenge many of the taboos of the earlier postwar period. Beginning with the groundbreaking success of 1948’s The Naked City, the movie industry shifted production away from the back lots and sound stages, and more authentic-looking kind of crime film came into vogue. Yet as the 1940s became the 1950s, film producers began to understand that audiences were not only more sophisticated than they had been before the war, but far more jaded as well. The rote escapist fare that had been a godsend in the bleak years of the Depression and the war was less palatable than it had ever been. Atomic-age audiences instead wanted movies that reflected the cynicism and uncertainty of the world in which they lived — and while the resulting films eschewed a rose-colored artifice for something more realistic, the crowds could at least take reassurance in knowing they were all in it together.

There are numerous social, political, and cultural tremors that occurred after the end of the Second World War that nudged America closer and closer to the upheaval of the 1960s. In terms of popular culture alone, film noir is merely one of many such tremors. Let’s not forget about the rebelliousness of Marlon Brando, Montgomery Clift, James Dean, and the Beats; the explosion of Elvis Presley and Rock and Roll; the Kinsey report, Jane Russell, Marilyn Monroe, and Playboy magazine. Regardless, in the autumn of 1945, Americans were more united than they had ever been, sharing a common desire for a peaceful and prosperous future, bound up in high employment rates, low inflation, home ownership, and previously unheard of personal affluence. It practically goes without saying that by the 1960s this dream proved to be more or less unattainable (for many), unsustainable (for others), or simply unwanted—yet the twenty years in between proved to be a critical period of uneasy and confusing transition. One has only to watch a few episodes on television’s Mad Men to see the myriad ways in which prevailing attitudes were imploding in the face of clashing value systems: old-fashioned and conservative versus progressive and liberal—all set in the pressure-boiler of heretofore unseen gender and generational differences, compounded by an explosion in technology, information, and consumerism run wild. Truly the twenty years between the end of the Second World War and the beginning of Vietnam are some of the most fascinating in our history.

So what part did film noir play? While earlier films, even crime films, typically propped up the police force and civic leaders as pillars of the community, by the time the paranoid 1950s were in full swing such institutions became open to scrutiny — and the noir style was perfectly suited to confronting them on film. (With caution though: note the careful stance taken on the title lobby card shown at the end of the post.) The list of films that deal with corrupt officials is practically endless, though Hollywood’s Capra-esque populism always made it easier to pick on politicians rather than cops. Capra’s own 1939 film Mr. Smith Goes to Washington deals, as a plot point, with political corruption, while 1949’s Academy Award winner for Best Picture, All the King’s Men (1949) examines similar problems from a more exhaustive (and realistic) point of view. It took film noir, of which there are very few films that don’t involve the police, to expose crooked cops. The Big Heat (1953) is the most well-known such film, though The Turning Point (1952), Rogue Cop (1954) and Shield for Murder (1954) to some degree all tread similar ground. And while those films are concerned with bent police officials or individual officers, few ever dealt with the systematic corruption of a community’s entire police force. That brings us to 1958’s The Case Against Brooklyn. 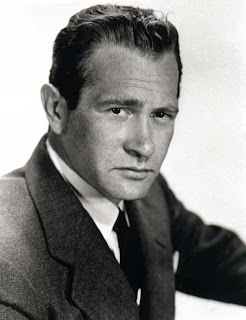 Loosely based on a the story “I Broke the Brooklyn Graft Scandal” first chronicled in True magazine, the movie stars one of filmdom’s most beloved fathers, Darren McGavin, in a key developmental role. McGavin had splashed as a pusher in Otto Preminger’s 1955 picture The Man with the Golden Arm, and by 1958 he was a three-way veteran of stage, film, and television. The Case Against Brooklyn would prove to be McGavin’s springboard into a two-season TV run as the title character in Mike Hammer, where he cemented his reputation as an actor who could excel in tough-guy roles on both sides of the law. In The Case Against Brooklyn, McGavin plays Pete Harris, an idealistic young cop plucked straight out of the academy by the district attorney, a man intent on bringing down the numerous bookie joints wreaking havoc in the borough. Ironically (particularly considering Hollywood’s ongoing war against television), it’s a small-screen news exposé that sets the wheels of justice in motion. When the news piece points the finger at corrupt cops, the DA figures that the only way to get untouched officers is to pull them right out of the academy (a la DePalma’s The Untouchables). McGavin’s Pete Harris is no fresh-faced pup either (the actor was 36 when this was made), in spite of his inexperience as a police officer. His non-traditional age is explained away as the result of a ten-year stint in the Marine Corps. 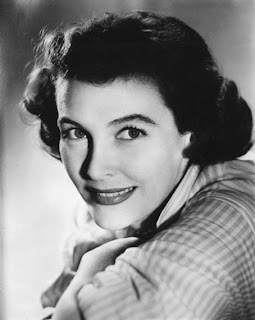 A garage owner got in too deep and was beaten to death by the bookies — the DA’s only lead is the dead man’s wife (Maggie Hayes). Harris is told to get close to the widow, which he’s plenty eager to do. Other recruits pound the pavement, and some even enroll in college: “a hotbed of bookie activity.” Harris makes it clear early on that he’s willing to do whatever it takes to get next to the woman, even if it means shoving his own wife (Peggy McCay) onto the back burner. This notion of infidelity for the sake of professional advancement is one of the most curious in the film, and also one that only seems possible in the wake of the 1956 weakening of the Motion Picture Production Code. It strikes at the heart of placing materialism and personal prestige ahead of traditional values, while reinforcing the film noir trope of the police officer as a thoroughly alienated character unable to maintain a healthy personal relationship.
Most cinematic cops were still married in the fifties, though their unions were increasingly on the rocks. Howard Duff’s character in The Naked City is an idealistic young cop just like Pete Harris, but a decade later Harris’s wife is just so much extra baggage. Even when she is brutally murdered (in a sequence lifted directly from The Big Heat) his grief barely registers; by the final reel it’s clear that in spite of the idealized characterization of his wife, Harris will be just as content to end up with the widow. By the early 1970s screenwriters wouldn’t even bother with marriage — cops wore their divorces as prominently as their badges. This failure at personal life has become an enduring factor in establishing the modern movie policemen, one of cinema’s most well worn clichés. The idea would further evolve in the 1980s, when the cop’s absent wife was just as likely to have been killed as a sympathy ploy (Lethal Weapon) or in order to motivate revenge (Hard to Kill). Al Pacino’s character in Heat (1995) has multiple exes, yet the film exhaustively details the collapse of his current marriage. In Die Hard (1988), which harkens back to the heroic bravado of John Wayne films, Bruce Willis is estranged from his wife, and he’s only able to win her back when his reckless determinism actually saves her life — to turn her back on him then would demonstrate more ingratitude than audiences could tolerate. 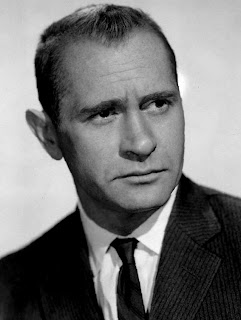 As illogical as it might sound, Pete Harris’s relationship with the widow actually does lead him to the heart of the Brooklyn bookie rackets. We are deep into B-movie concessions here: Harris goes undercover, and the DA brass don’t even give him a new name — it would have ruined a plot point. It turns out that Rudi (Warren Stevens), one of the racket toughs who laid the beat down on the widow’s dead husband, is also trying to hone in on Harris’s play with the woman. Contrivance and coincidence work their magic and by the end of the movie we get the expected showdown between the forces of good and evil, complete with a hospital bed finale and newfound romance.  Along the way, McGavin’s athleticism and imposing physical presence are on display as Harris relentlessly plugs away at his job, breaking anything that gets in his way. (After seeing this, his casting as Hammer is a no-brainer.) When he’s finally brought to bear by the bureaucracy of the police force, Harris turns over his badge and his gun (The Big Heat, again) and squares the job on his own terms — again establishing precedents for the cop dramas of the 1970s and 1980s.

Despite its rather late-cycle release, The Case Against Brooklyn is solidly a film noir. It makes a half-ass stab at voice-over narration, and the music is melodramatic and intrusive at times, but the cinematography is impressive. Many of the interiors are shot in the blandly-lit middle-distance takes popularized by television, but the exteriors are often fantastic: one scene in particular finds Harris in a low-light, low-angle face off with the dirty cop who has just murdered his partner. The framing, high-contrast, and blocking are as good an anything you’ll ever find in a quintessential film noir. However, it’s by other means that The Case Against Brooklyn’s truly establishes itself as a film noir. Even the title is significant in its ambiguity: it indicts not only the civic bureaucracy of the borough, but seemingly its people as well — after all, the bookie joints couldn’t fly without their clientele —suggesting that in the noir milieu, everyone has a little dirt on their hands. It would have been easy enough to call this Cops for Sale, or something along those lines, so the vagueness of the title seems purposeful. Yet it’s the characters that really drive the point home: Pete Harris is in the classic mold of the noir protagonist: alienated, obsessive, driven to the point of recklessness. The movie gives us the two classic female types: the fatale and the perfect wife. And although the script requires its fatale, Maggie Hayes, to transform from one type to the other along the way, her initial impression is entirely contrived to sexualize her character and motivate audiences to imagine her as something dangerous. It’s her presence in the picture that creates tension between Harris and his wife, causing us to question his motivations: is he relentlessly pursuing the bad guys, or is it just the girl? In the gray half-light of the noir world, the answer is both.